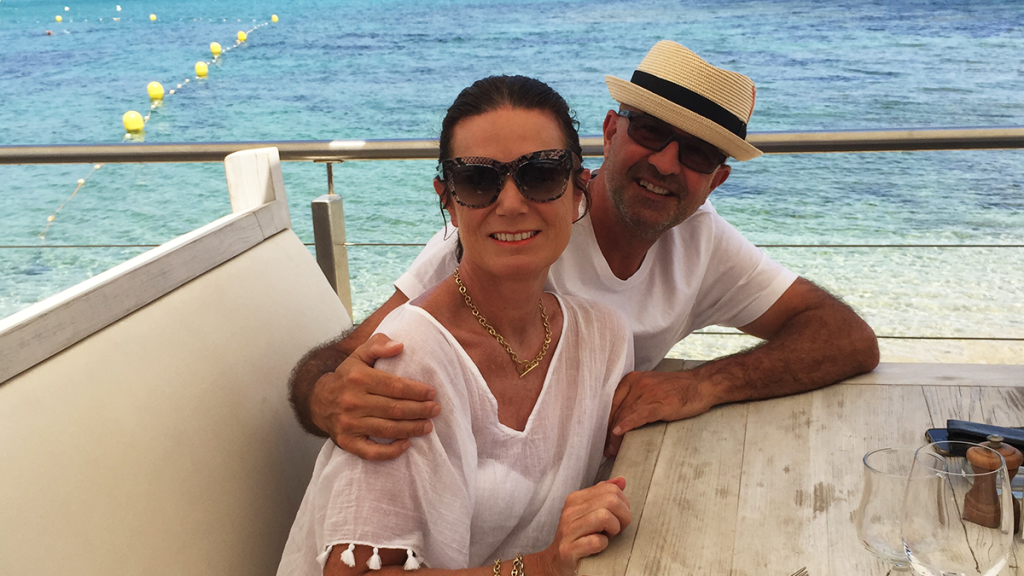 I was sport mad as a youngster playing everything from football to water polo. I began playing tennis at the age of 9 as we lived at the back of a local tennis club in Junior Wimbledon and quickly realised this was the game for me.

A year later I entered my first under 10 boys singles competition and was slaughtered 0-6, 0-6 in about 20 minutes. However I was not too dispirited fortunately and played in a few more that summer with some successes (incidentally turning that defeat around 2 years later).

I joined another local tennis club at Sutton and then a squad of talented juniors and that was my teenage life sorted for 5 years playing tournaments all summer long and training in the winter. Bliss!!

I went on to play at national invitation events at Eastbourne and Junior Wimbledon in my late teens and gained huge match play experience whilst making wonderful lifelong friendships along the way.

It was at a tournament in Surrey I would meet the love of my life Philippa in a lunch queue. She never accepted my invitation to play mixed doubles that year but 16 years later accepted my hand in marriage!!

Probably got it round the right way.

At the age of 39 I needed a career change and turned to tennis coaching. After all it had been my life for 10 years. I have since qualified as a level 4 Performance Coach and tutor, working along the way with tennis academies, a variety of clubs, schools, county juniors and recreational adult groups and individuals. I fully believe that all lessons should be relaxed, informative and above all fun to participate in, allowing you to evolve at a comfortable pace.

My philosophy to teaching is simple. Tennis is a game played essentially in the head. So we concentrate on the battle within, helping you overcome the 2 worst enemies, self doubt and anxiety with practical drills aligned with Zen teaching philosophy to help develop trust and concentration. This will lead to a better understanding of the inner game and change the way you play forever.

When I’m not on a tennis court my interests include mountain biking, trail running, anything to do with food!!, backgammon, Golf and travel.

I have had quite a varied career path.  I started off as a secretary which took me off to Australia for a year. I would have stayed but couldn’t obtain a visa so I came back via a three month stint working in Japan which was fascinating.

I then got a job as a PA to a textile designer in London and went on to become head of marketing which involved all aspects of the business and lots of foreign travel.

In 1994 I left London to go and live in Lancaster with my now husband Gary. Having lived the highlife in London, I knew that I needed to find myself a job. We were planning on getting married and having a family so I needed a career that would work alongside these plans.

I ended up doing a childcare course with a view to buying and running my own business.

We found a beautiful old rundown vicarage in a little village called Appleton Thorn in Cheshire which we purchased from the Diocese of Chester and proceeded to convert the ground floor into a children’s day nursery and live above.

The day nursery opened in 1996 when our first child Charlie was only seven months old. The business expanded over the years and went from strength to strength.The Nursery was finally registered for 64 children every day and I had over 20 staff.

Having had the business for 20 years and both our children having gone off to university I decided that I wanted to sell and that I needed a break.

Having had two years off to improve my tennis and golf and be a housewife for the first time in my life I have now decided that it is time for another venture.

Nothing beats the atmosphere of live tennis on Cen

This is personally one of my favourite meals in Sp